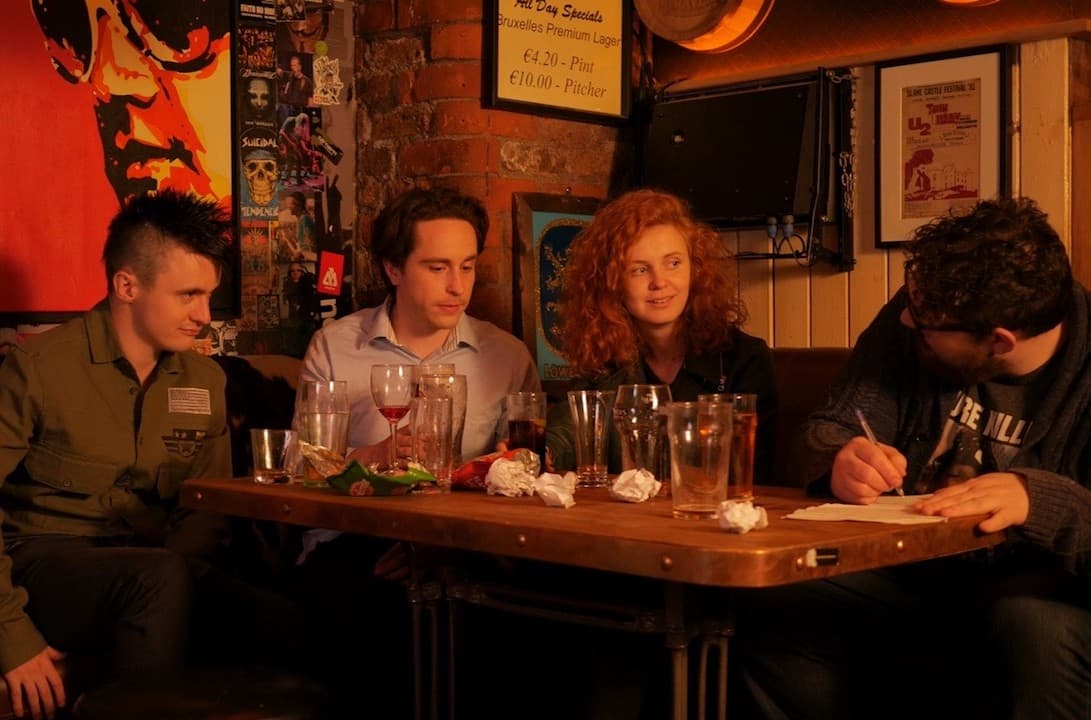 “One of the founding aims of the festival was to provide a platform for emerging talent and The New Music impressed us hugely with its faith in music and in friendship.”

Afraid of the implications of the illness and of failing the expectations of his family, Adrian runs away to Dublin where he finds refuge with Will, David, and Jodie, three punk musicians who play in a band called The Cellmates.

Adrian becomes fascinated with their lifestyle and the music they play. When forced to confess that he has Parkinson’s, his new friends invite him to join the band: he might not be destined to play arenas anymore, but at least he’ll be able to express his musical talents.

“The film focuses on the transcendent power of music – in this case punk – to bring people together. Also, the film is a kind of love poem to contemporary Dublin and its colorful energies. That the film is directed by a woman, one who has made her home in Ireland is a lovely bonus” said Hannigan

“The New Music is a joy and heralds an exciting new talent in Chiara Viale. It’s a great example of what can be done with energy and imagination, overcoming restrictions of budget and resources.”

“I’m delighted for The New Music to have its World premiere at IndieCork, a festival that embodies all that this film stands for. I wish to thank with all my heart everyone who made The New Music possible: the amazing cast and crew I had the pleasure to work with, the musicians who gave the film its wings, Young Parkinson’s Ireland and everyone who helped and believed in us throughout. This film is for you” said director Chiara Viale

The film will be premiered at the seventh edition of the IndieCork Film Festival in October.

Now in its seventh year, IndieCork is an eight-day international festival celebrating independent productions and emerging talent. The festival is the largest festival for short-film in Ireland and among its awards is a €500 cash prize for Best Emerging Irish Female Director.