IndieCork nurturing new talent with all features being debuts 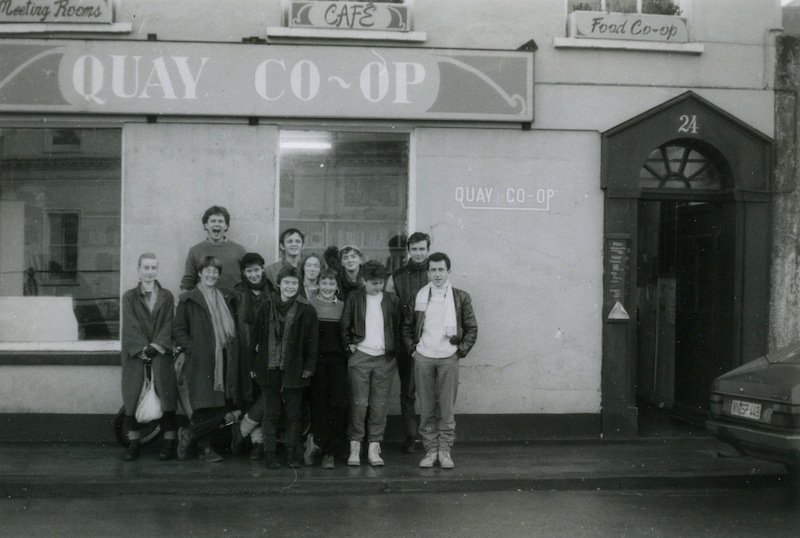 Three well-known Cork organisations, including a health-food shop and a community development project, have incorporated filmmaking into their work and will be taking to the big screen at the IndieCork Festival. The annual event returns to The Gate Cinema from September 19th to 26th.

A well-established Cork institution, the Quay Co-op health-food store and vegetarian café on Sullivan’s Quay, is the subject of a new documentary. The Quay Co-op tells the story of a well-known building whose interiors have charted the social, political and cultural changes in contemporary Irish society over the past forty years. Through interviews with founding members and other activists we learn about the early days of the Co-op, what it means to work cooperatively for change and how the food business managed not only to survive but thrive.

Hazel Hurley’s animated A Short History of Irish Travellers was produced by the Cork Traveller Women’s Network. The five minute feature is written and narrated by Traveller women. It dispels some common myths around the origins of Travellers, drawing on their strong oral storytelling tradition.

Another animation, Jane Lee’s Timpeall, was created for Graffiti Theatre Company. The theatre company was unable to tour its latest production because of Covid-19 and wanted a way to connect with its young audiences. The bilingual short explores the magic that grows from moments of kindness between people, and the wide-eyed perspective of a child.

Mick Hannigan, Festival Co-Director said: “It is really interesting to see well-known organisations in Cork incorporating filmmaking into their work. One of the founding missions of IndieCork was to provide a platform for local filmmaking. It is wonderful when groups that would never have dreamed of making a film take the leap, Quay Co-op is the work of Emma Bowell and Eddie Noonan of Frameworks Films, who for many years have been producing excellent, community-based documentaries. In IndieCork we’re proud to be the platform for storytelling for a week each year and to be able to feature important stories including the Short History of Irish Travellers on the big screen.”