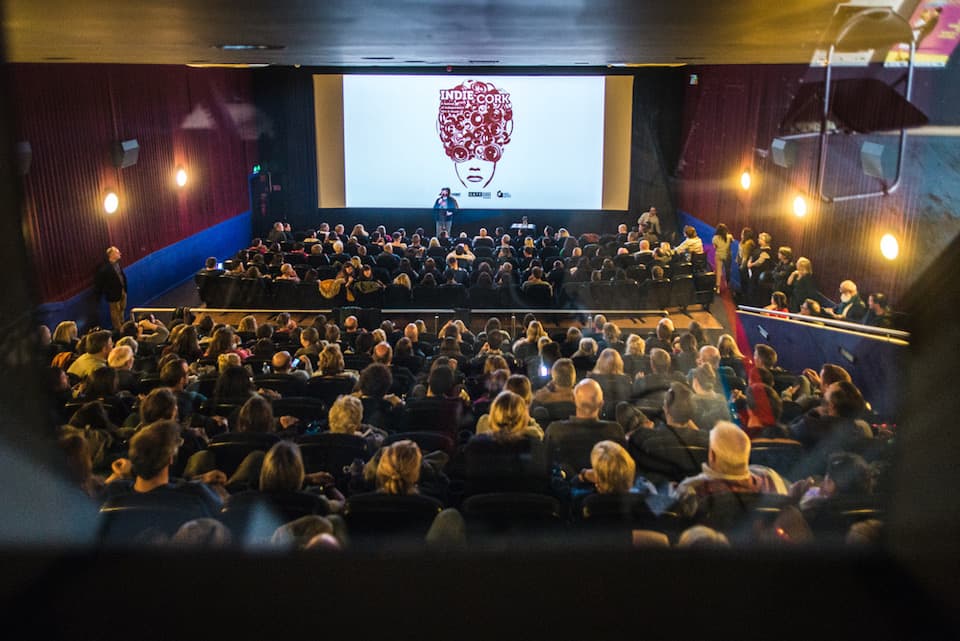 A new Irish film – Dark Lies The Island – written by author Kevin Barry, directed by Ian Fitzgibbon, and starring Pat Shortt, Tommy Tiernan and Moe Dunford, Charlie Murphy and Peter Coonanhas is the festival’s Closing Night film screening at The Gate Cinema. A darkly comic story from the fertile imagination of Irish writer Kevin Barry, recently long listed for the Booker Prize, this is his first outing as a screenwriter.

Festival Co-Director Mick Hannigan said: “The seventh edition of the festival has been a real break-through in all directions, attendance, box-office and support. We’re really heartened that the festival is going from strength to strength and connecting so well with audiences and also with filmmakers themselves. The role of the festival seems clearer than ever – we support emerging talent and filmmakers’.
IndieCork is Ireland’s largest festival for short films. Many filmmakers made their way to Cork for the festival to represent their films and participate in some of the industry training events including ‘The Indie Route’ workshop on alternative distribution supported by Screen Skills Ireland, and panels on Women Directors and Horror Directors.

IndieCork was notable for hosting the Irish premiere of several key international feature films– many of which reached IndieCork following their premieres at Cannes, Venice and Toronto Film festivals. This includes the French film Sibyl directed by Justine Triet which closed the Cannes film festival and Polish feature Corpus Christi directed by Jan Komasa, recently screened at the Toronto International Film Festival.